Changes to casual employment laws: is your organisation compliant?

Until the recent legislative amendments, the term “casual employee” was not defined in the Fair Work Act 2009 (Cth) (FW Act) and its common law meaning had to be relied upon.

The newly introduced section 15A of the FW Act simplifies the casual workforce landscape by providing a statutory definition of “casual employee”. Under section 15A, an employee will be a casual worker if:

Under the new definition, the time for assessing the status of an employee is the time that the offer of employment is made and accepted.

The new statutory definition applies retrospectively, subject to very limited exceptions. This means that employers (other than small business employers) need to consider whether the new statutory definition changes the status of any employees who were engaged prior to the March 2021 amendments and if so, whether there are implications for entitlements owed to those employees.

Circumstances may arise where an employee is misclassified as a casual employee and is later deemed by a court not to be a casual employee. Prior to the amendments, when this occurred, an employer was unable to offset casual loading paid to a misclassified employee who sought reimbursement of the minimum entitlements owed to them under their newly classified status, such as annual leave or payment in lieu of annual leave. This meant that misclassified employees were in effect able to ‘double-dip’ on their entitlements.

The newly introduced section 545A of the FW Act creates a “statutory offsetting rule.” Under this rule, if an employee is misclassified as a casual employee and later makes a claim seeking reimbursement of entitlements owed to them under their newly classified status, the courts must reduce any amount payable to the employee for those entitlements by an amount equal to the identifiable casual loading paid to the employee in the past.

Entitlement to casual conversion under the NES

The newly introduced Division 4A of Part 2-2 of the FW Act amends the NES to include an entitlement for all casual employees to convert to full-time or part-time status if they meet certain eligibility criteria. The eligibility criteria include that:

Entitlement to receive Casual Employment Information Statement under the NES

The newly introduced section 125A of the FW Act amends the NES by requiring that all employers provide each new casual employee with a copy of the Casual Employment Information Statement which has been developed by the Fair Work Ombudsman. The Casual Employment Information Statement explains the new statutory definition of casual employee, the entitlement to casual conversion and the dispute resolution process to be followed if there is a disagreement about casual conversion.

Under the transitional arrangements, the Fair Work Commission will review all modern awards against the changes to casual employment and may vary any modern awards to remove inconsistencies.

Failure to comply with requirements imposed by the amendments may result in the imposition of civil remedies, including financial penalties. If you need support to navigate the amendments to the FW Act and ensure that your organisation is compliant, the experienced Workplace Relations team at Coulter Roache can assist.

Employers have until 27 September 2021 to ‘get their casuals in a row’ and ensure compliance.

If you require assistance with undertaking a review of your casual workforce, or drafting any necessary documents in relation to casual employment (including casual conversion letters or employment agreements) please contact the Workplace Relations team at Coulter Roache. 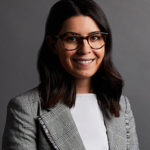 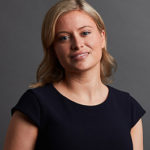 Workplace Relations 31 May 2021 Mandatory vaccinations in the workplace: tread with caution

As the colder months are beginning to set in, and many workers have settled back into the office working environment, employers may be considering...

Workplace Relations 23 April 2021 A mistake, and a costly one – Racial Discrimination in the workplace

46 years ago, the Federal Government introduced the Racial Discrimination Act 1975 (Cth) (RDA) which prohibits racial discrimination in public life.  Under the RDA,...