Dismissing an employee for pulling a sickie: employers beware

Many employers would argue that pulling a sickie is ingrained in Australian culture. Employers are often sceptical about the reasons for an employee’s absence, especially when such absences fall repeatedly on a Friday or a Monday and no doubt ask themselves: is there anything I can do about it?

The Fair Work Act 2009 (Cth) prohibits an employer from dismissing an employee due to their temporary absence from the workplace due to sickness or injury.  An employee need only submit a medical certificate or statutory declaration as evidence of their ill health.

Does this mean that an employer can never question or take action against an employee for ‘pulling a sickie’ as long as their employee has provided a doctors note?

This question has been considered by the Courts with differing outcomes

Mr Anderson, an employee of Crown Casino was a ‘fanatical’ Essendon supporter. He took sick leave to fly to Perth to attend an Essendon match, and provided a doctors certificate for his absence upon his return.

The employee was questioned by his manager prior to his absence, who warned that misusing sick leave was very serious, and could result in termination. The employee responded by saying he would have a doctor’s certificate.

The employee did call in sick, and attended the game. He was subsequently terminated by Crown. The employee brought proceedings alleging his termination was in contravention of the Fair Work Act 2009.

The court found in favour of Crown, deciding the employee had been dismissed due to a misuse of sick leave entitlements, not due to a temporary absence because of illness.

Importantly, the Court warned that a medical certificate should (as a general rule) be accepted, and non-medically qualified persons should not, in the usual course of things, question a medical opinion. It went on to say that only in the most ‘unusual and exceptional circumstances’ would an employer be justified in not accepting the validity of a medical certificate.

The Court found this case was such an exceptional case as:

Conversely to Crown, in Marshall v Commonwealth the Federal Magistrates’ Court held that the existence of unusual circumstances did not give an employer the right to disregard a medical certificate.

Mr Marshall was employed as a weather observer with the Bureau of Meteorology. He had been absent from work due to an adjustment disorder. However, he was subsequently certified as medically fit to return to work in the Brisbane office by a doctor appointed by his employer.

Instead of returning, Mr Marshall obtained a further report from his own practitioner indicating that the Brisbane position was not suitable, and that the employee’s adjustment disorder had been aggravated. The practitioner provided the employee with a further certificate of medical unfitness.

Whilst still too unwell to return to work, Mr Marshall applied to take part in reality show “Beauty and the Geek,” and was accepted.  Mr Marshall intended to take leave without pay to appear on the show.

Although Mr Marshall subsequently decided not to appear on the show the BOM terminated his employment for non-performance of duty. As a result, Mr Marshall elected to take part in the show.

Mr Marshall then brought an action claiming he had been unlawfully terminated. In reply, BOM relied upon the decision of Anderson v Crown.

The Court warned against reliance upon Anderson v Crown, indicating the case was decided on very peculiar facts, and was not authority in favour of employers ignoring medical certificates.

Looking at the facts of the case before it, the court found that  the employees medical practitioner had provided a detailed and compressive medical report indicating the employee was unfit to return to work, but was sufficiently fit to take part in Beauty and the Geek (and this experience may have been therapeutic). There was also no evidence to suggest the employee’s medical practitioner had issued the certificate dishonestly, and the Commonwealth led no medical evidence in support of its position.

Lessons to be learned

If you require any assistance or further advice in relation to the matters discussed in this article, please contact our expert Workplace Relations team. 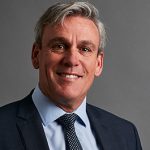 Last week in a precedent-setting decision the Federal Circuit Court decided that an accountancy firm engaged to process a client’s payroll was itself liable...

The Personal Property Securities Act 2009 (Cth) (the PPS Act) has increased the legal compliance and administrative burden on businesses involved in the leasing, hiring or bailing...