In the case of Yeo, in the matter of Armstrong and Shaw Pty Ltd v Whiteman [2020] FCA 849 (Whiteman), liquidators had commenced proceedings in the Federal Court seeking relief concerning the entitlement of the liquidated companies to proceeds of sale of three items of real property.  The liquidators allege that the properties were purchased with, or had mortgages serviced by, money that was provided by the liquidator companies so as to fall within the purview of insolvent transactions.

In particular, the Liquidator had set out in his Affidavit the funds that he had identified as being paid from the liquidated companies towards the purchase of the real properties, as well as to maintain the mortgage secured loans obtained to purchase the properties.  On that basis, the liquidated company claimed to some or all of the proceeds of sale of the properties that were being held on trust.  It is not known whether the Liquidator was seeking to engage any equitable relief in the form of a charge or lien over the proceeds.

In her application to transfer the proceedings to the Family Court of Australia, the de facto wife alleged that she had made significant financial and non-financial contributions towards the acquisition and payments in respect of the properties, and that the third plaintiff’s legal ownership of the properties was intended by the de facto husband to disguise his contributions to, and beneficial interest in, the items of real property [at paragraph 17].

Factors supporting the transfer in Yeo

Further, an application to transfer was also recently considered in the decision in Shepard, in the matter of Grainpro Pty Ltd in Lick v Bonfante [2020] FCA 1618 (Shepherd).  In Shepard, the Liquidator commenced proceedings seeking declarations and further Orders pursuant to sections 180, 181, 588G, 588M and 1317H of the Corporations Act (insolvent trading claims).

In consideration of whether the insolvent trading proceedings are were to be transferred to the Family Court, the court cited the decision in Yeo, referred to above, and the passage at paragraphs 29 to 30 of the decision where Justice Sanderson noted that:

Factors supporting the transfer in Shepherd

In deciding to transfer the proceedings under Section 1337H(2) of the Corporations Act, the court noted that the Family Court has jurisdiction to quell the whole controversy between the parties; that entire disputes should be determined in one Court to avoid multiplicity in proceedings, promote efficient management of procedural for all parties; and if the insolvent trading proceedings transferred to the Family Court then liability for a claim for insolvent trading would be considered through the prisms under sections 79 and 90AE of the Family Law Act.

In both Yeo and Shepherd, the court placed reliance on the principles summarised by Justice McKerracher in Yara Pilbara Fertilisers Pty Ltd (formerly known as Burrup Fertilisers Pty Ltd) v Oswal (No 8) [2015] FCA 49, including at [30]:

(7)        The potential unnecessary drain on judicial and other public and private resources; and

(8)        Whether there is any particular judicial expertise residing in one court of the other.

It appears that the killing ground as to whether the application is successful or not is whether there is a commonality of issues in dispute, whether a failure to transfer will result in a multiplicity of proceedings and whether there is the potential to waste sparse judicial resources should the matter not be transferred.

As demonstrated in the recent cases, the Federal Court is not hesitating on transferring proceedings to the Family Court, namely because the insolvent trading claims in the proceedings are a matrimonial cause such that the Federal Court no longer has jurisdiction to hear the matter.  There is an expectation that upon the removal of the ‘Job Keeper’ government subsidy, that there will be an increase in insolvent trading claims as liquidators seek to widen the pool available for distribution among creditors.  As a final point, and perhaps a point of distinction, one speculates that an application to transfer in proceedings concerning the appointment of a receiver may be treated differently given the rights of a secured creditor.

If you require advice or further information in relation to this article, please contact our family law team. 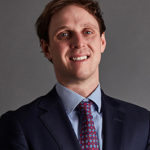 The current state of affairs and Government relief The intersection between family law property settlements, bankruptcy and insolvency issues can be difficult to navigate. ...

Family Law 8 May 2020 What happens if my former partner does not follow self-isolation or hygiene recommendations?

At Coulter Roache, we recognise the everyday challenges that may arise when separated parents share the care of their children.  Co-parenting relationships can be...

Family Law 6 May 2020 Don’t wait too long to apply for the division of your property after divorce or separation.

You may not be aware but there are time limits that apply to applications for the division of property following a divorce or separation....