Structuring a property adjustment through a payment from a private company to a spouse: Hidden tax trap of Division 7A

Consideration of how a property adjustment will take place is critical to determining whether the division of property is just and equitable.  This means that attention must be given to the source from which a payment is made.  A common example is a payment from a private company (of which a spouse is a shareholder) to the other spouse (as an associate of the shareholder spouse).  Hidden in a payment such as this, is a potential tax issue, with the payment from a private company to an ‘associate’ of a shareholder (being a spouse) inadvertently triggering the deemed dividend provisions under Division 7A of the Income Tax Assessment Act 1936.

A payment from a private company to a spouse is a common occurrence under a family law property settlement, given the way family groups often structure their wealth, with having little or no realisable private assets.  Depending on how the cash is raised, including through the sale of property by the company, there may be multiple tax consequences.

In Lacey & Lacey [2020] FamCAFC 73, the Full Court was asked to determine the following question (ground 2):

The background in Lacey was as follows:

The payment to the wife in the sum of $2,980,639.28 triggered the application of Division 7A, given that the Wife was an ‘associate’ (Section 109C of the Income Tax Assessment Act 1936) of the shareholder husband.

This meant that the wife paid tax on the payment of $2,980,639.28, as the payment from the company to an associate is a ‘deemed divided’, and as such, the tax consequence was not taken into account in the overall adjustment.

‘I was provided with absolutely no evidence about any taxation consequences of assets owned by [the company] being disposed of and I cannot take into account matters about which the parties provided no evidence.’

The Full Court also said that:

At [47]:          From the wife’s point of view, and this was more the thrust of this ground of her cross-appeal, her receipt of cash from the company would probably be deemed as a dividend in her hands, and trigger a taxation liability under Division 7A of the  Income Tax Assessment Act 1936  (Cth), because the husband is the sole shareholder in the company and, as his former spouse, she would be characterised as an “associated entity”.

At [49]:          Again though, no evidence was led at trial about this liability, and thus this adds to the submission that the primary judge could not be satisfied that the order was just and equitable.

At [50]:          It must be said though that the parties were at least partially responsible for leading the primary judge into this error, because neither of them presented any evidence as to the taxation consequences of the orders that were being sought by each of them. Additionally, it does not sit particularly well from the wife’s point of view, for her to pursue this ground of appeal, when the impugned order was in similar terms to the order that she sought, yet she presented no evidence of the taxation consequences of making that order.

At [51]:          Nevertheless, because the error is legal rather than factual, the wife is not precluded from raising or relying upon the error in the cross-appeal.

The outcome of the Appeal saw the matter remitted back to the then Federal Circuit Court of Australia for re-hearing, given the nature of the error, as the form of the property settlement orders and the tax consequences would substantially affect the whole of the property adjustment process.

If you have queries about the treatment of tax considerations in your family law property settlement, please contact our Family & Relationship Law team. 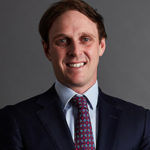 If you own an investment property and it is intended that the property will be sold either to give effect to family law property...

Are you looking to purchase a property? Is this your first time purchasing a property? Have you considered all the costs associated with the...

Family & Relationship Law 28 June 2021 Family law and tax considerations: will payment to my spouse or de facto trigger a CGT event? Will it affect the outcome in my family law matter?

Tax can often be a hidden issue when structuring a family law property settlement.  In particular, a Capital Gains Tax (CGT) event may be...