Lessons from Re McGowan & Valentini Trusts

The decision can be seen as favourable for trustees who may find themselves in a situation where a trust has vested without their knowledge and against the interests of the relevant parties, who may seek the trust to continue for their benefit.  It is also an important reminder to trustees and their advisors of regular reviews of the provisions of their trust deed.

This decision has also had an effect of overturning at least part of an Australian Taxation Office taxation ruling related to the taxation consequences of trust vesting.

The background of Re McGowan & Valentini

Re McGowan & Valentini concerned issues which had arisen around the establishment, existence and continuation of two trusts which Giuseppe and Iris Norma Valentini (known as Norma) established for their two children.

While there were a number of issues which formed the basis of the questions put before the Court for judicial determination, in brief, the relevant facts are as follows:

Two of the five problems which arose as a result of these circumstances, which required judicial determination of questions posed to the Court, were:

The Court held that the vesting of the trust property in 1988 and 1991 respectively did not mean that the Trusts were at an end at that time.  Instead, because the Trusts were not wound up by the Trustee, the trust property continued to be held under the same terms of the 1977 Deeds as a continuing trust (and not on a different or bare trust) until they were subsequently amended by the 1991 Deeds.

In coming to this position, the Court found that there was nothing in the language of the 1977 Deeds that would prevent a continuation of the Trusts beyond the vesting dates pending the winding up of the trusts and the distribution of trust property.  Of particular importance was that Peter and Anna (the beneficiaries under the 1977 Deeds) on their actions consented to the continuation of the Trusts.

In relation to the residual extent of the power to amend the 1977 Deeds after the vesting date, the Court held that:

The Court acknowledged that the construction of the power to amend the 1977 Deed as a broad power capable of being exercised after vesting was inconsistent with Anna and Peter becoming absolutely entitled to the trust property on the vesting date.  However the Court held this could be overcome because the amendments were for their benefit and consented to by them (which could be seen by their actions and their execution of the 1991 Deeds).

In relation to the continuing nature of the trusts (as compared to the creation of new trusts, or resettlement of the trusts by way of the 1991 Deeds), the Court held that:

The effect of the amendments by way of the 1991 Deeds was not to create new trusts, but rather to continue the trusts in existence on the basis that there was a sufficient continuity of trust property, beneficiaries and the constitution of the trust.

A full version of the judgment can be found here.

Public rulings, including taxation rulings are binding advices made public by the ATO, which express the ATO’s interpretation of the laws they administer.  Taxation Ruling TR 2018/6 (the Taxation Ruling) (which is in force and has been since 2018) sets out the ATO’s position on the CGT and other taxation consequences of a trust vesting.

Specifically relevant here, the Taxation Ruling notes, at [8] that:

The Ruling then goes on to set out the possible taxation consequences of the vesting of a trust.

A full version of the tax ruling can be found here.

The Court’s findings in Re McGowan & Valentini are in contrast to the ATO’s position that a trust’s terms, including its vesting date, cannot be varied after the date of vesting.

What the determination in Re McGowan & Valentini  has made clear is that the position at law is not an outright prohibition on the variation and continuation of a trust after vesting, even where under the terms of the trust deed the beneficiaries have an absolute entitlement to the trust property upon vesting.

The answer to whether a specific trust deed can be varied after vesting, and the effects of that variation is highly dependent upon the construction of the relevant trust deed in any case. Considerations of the construction of the specific power to vary a trust deed, the timing of when that variation can take place, what provisions of the trust deed can be varied and the interests of the beneficiaries are all considerations which the Court in Re McGowan & Valentini says must be taken into account in coming to such a determination.

In light of the findings in Re McGowan & Valentini It is likely that the ATO will look to review and amend their taxation ruling in relation to trust vesting, and the possible taxation consequences which flow from such a scenario.

The main takeaway from Re McGowan & Valentini for trustees and their advisors is that they should:

Being aware of your powers and the terms of the trust can help you prevent and manage the risks of the types of issues which arose in Re McGowan & Valentini before they arise.  Parties are better placed to deal with these matters early, rather than require legal advice (or judicial determination) to determine rights and positions at a later period of time.

In addition, while not at issue in this matter, there is a risk that in continuing the trust after the vesting date or in according not in accordance with the terms of a trust deed, a trustee may be found to be in breach of its obligations if an application is brought by an aggrieved beneficiary. 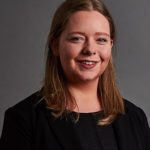 From 3 July 2021, if you are a small business or franchisee (including a fuel retailer) you can take advantage of the new class...

We have all seen hashtags or tags giving another party a ‘shout out’ online.  Likewise, we might share business’ posts to provide a small...

According to legislative changes that have recently come into effect, if a person resigns from their role as director of a company, they must...