A redundancy typically occurs when an employer has made a definite decision that the employer no longer wishes the job the employee has done to be done by anyone.  It is the job that becomes redundant, not the incumbent employee.

When a permanent employee’s job is made redundant their employer is required to provide them with redundancy pay based on the length of time they have been employed by that employer.  The employer’s liability is imposed by the National Employment Standards contained in the Fair Work Act 2009 (Cth) (the Act).

There are however, some exceptions to the requirement under the Act including where the dismissal is due to the ordinary and customary turnover of labour, the employer is a small business (it employs less than 15 employees) or where the employee was employed on a casual basis.

As well as those exceptions, section 120 of the Act provides that an employer can apply to the Fair Work Commission (the Commission) to reduce any amount of redundancy pay it is required to pay if it can demonstrate that:

Accordingly, in using its discretion to reduce the amount of redundancy pay an employer is liable to pay, the Commission is required to consider whether an employer has “obtained” other employment for the employee and if so, whether that employment is “acceptable”.

So what lengths is an employer is expected to go to in order to “obtain” other employment if it intends to have the employee’s redundancy pay reduced?  This issue was recently discussed by the Commission in its decision in Get Started Pty Ltd v Matthew Lee [2018] FWC 3295.2

The recent decision of Commissioner Williams in BGC Residential Pty Ltd [2018] FWC 3045 provides an example of how the Commission assesses the new employment against the above factors.  In that case, the employer restructured its company and as a result, the employee’s previous position as a General Manager was made redundant.  However, due to the employee’s extensive experience and qualifications, the employer offered him a position in a new role of Brand Manager.  The employee accepted this offer despite its annual salary being 15% less than his previous role.

In consideration of whether the role of Brand Manager constituted “other acceptable employment” Commissioner Williams found that because the new role was to be performed in the same location, during similar working hours, and required parallel qualifications, it constituted other acceptable employment.  Accordingly, and upon having regard to the fact that the role of Brand Manager had an annual salary which was 85% of the position made redundant, the Commissioner granted the employer’s application and reduced the redundancy pay by 85%.

Considering the above, if you are required to pay an employee a redundancy pay and want to query whether you are entitled to have that amount reduced, please contact the Litigation and Dispute Resolution Team at Coulter Roache whose employment lawyers can provide you with advice and assistance you need. 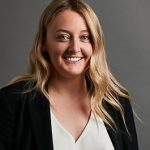