Contracts provide businesses with the clarity they require to ensure all parties to the contract deliver on what has been agreed.  Caution should always be exercised when drafting contracts to ensure that the unfair contract provisions of the Competition and Consumer Act 2010 (‘the Act’) are followed.  Whilst it may be tempting to draft contracts with the intention of granting more control or flexibility, this should be done with both parties in mind.

What is an unfair contract term?

My colleague, Alicia Carroll, penned an informative article on this topic, which can be found here.  However, as a short summary for context, unfair contract terms of a consumer contract or small business contract are void if the term is unfair and the contract is a standard form contract.  A contract term will be ‘unfair’ if:

a) it would cause a significant imbalance in the parties’ rights and obligations arising under the contract; and

b) it is not reasonably necessary in order to protect the legitimate interests of the party who would be advantaged by the term; and

c) it would cause detriment (whether financial or otherwise) to a party if it were to be applied or relied on.

In determining whether a contract term is unfair according to the above criteria, the court may take into account matters such as:

a) The extent to which the term is transparent (meaning the ease with which it is understood and extent it is drafted in plain English); and

b) The contract as a whole.

What does this mean?  Here are some examples.

Unfair terms under the Act have now been tested in court.  I provide the following two case examples to further clarify what the court may determine as an ‘unfair’ term.  The issues discussed should be kept in mind when thinking about your own contracts.  Whether you have already entered into a contract or are still negotiating terms, these case examples highlight potential issues to be aware of under the unfair terms regime.

JJ Richards & Sons Pty Ltd (‘JJR’) is a waste management business which had standard form contracts providing services to small businesses (being businesses that employ fewer than 20 people).  There were eight terms within these contracts which were found to create a significant imbalance between the contracting parties and were consequently void under the Act.  Upon finding that the terms were unfair, the court also ordered that JJR implement an Australian Consumer Law Compliance Program, publish a corrective notice and provide a copy of the court orders to the parties of the relevant contracts.

In making its determination the court paid particular attention to two factors:

Ashley & Martin supplies customers with a hair regrowth medical treatment program which includes prescribed pharmaceuticals and in doing so entered into various forms of contracts with customers which the ACCC alleged contained unfair terms.

The contracts contained terms which, amongst other things, made it unclear or difficult for customers to end the contract where they were concerned about the risks of the treatment.  The court found that the terms were unfair in that they required customers to commit to pay for medical treatment, either prior to or with only a limited amount of time to consider medical advice about the suitability of the treatment and the risks.

Ashley & Martin alleged that the clauses fell within the ‘legitimate interest’ exception.  This exception provides that what would otherwise be an unfair term may be deemed fair if it is reasonably necessary to protect the legitimate interests of the party obtaining the advantage.  The court noted that legitimate interest is not limited to purely fiscal interests.  It may be an interest in contractual performance and may be intangible and unquantifiable.  In determining this issue, the court considered that it was appropriate to have regard to other alternatives available and the proportionality of the term against the potential loss suffered.  Ultimately the Court did not accept that terms were reasonably necessary to protect the legitimate interests of Ashley & Martin and found that a number of terms were unfair, resulting in Ashley & Martin being required to issue refunds to many customers who they had previous refused to pay refunds to.

Looking at the observations of the court in the above cases, it is clear that when drafting contracts it is important to read the document and terms as a whole.  While one term may not seem particularly onerous, when read in conjunction with others it could lead to a number of terms being deemed void under the unfair terms regime.

This is not to detract in any way from the importance of each individual term, which should still be drafted with the unfair contract term provisions in mind.  The balancing of the parties’ rights and obligations is the overriding concern to be kept in mind throughout the document, and factors such as the transparency of the drafting and any reciprocal rights that the customer may have are important tools in helping to ensure that terms are not unfair.

To help reduce the risk of disputes and to protect against poor drafting, it is always a good idea to seek professional advice.  This is especially important in today’s environment where you may be looking to protect yourself further or to create more flexible contracts.  If you need assistance drafting contracts or if you would like a professional to look over any current arrangements you have in place, please contact our Corporate & Commercial team at Coulter Roache. 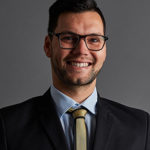 On Tuesday, 7 April 2020 the Prime Minister announced that a mandatory code of conduct for commercial and retail leases would be legislated in...

Corporate & Commercial 21 February 2020 But what about the Outgoings?

An important consideration in any retail lease arrangement is who bears responsibility for the outgoings. Irrespective of how the lease terms attribute the responsibility...