Will my Will be upheld? The position of “informal Wills” is put to the test again

If you have prepared a Will with a Lawyer, you may recall that there were clauses contained in your Will, probably containing some legal jargon, and that when it came time to signing your Will, the Lawyer had you sign your Will with two witnesses present, who also signed your Will, all of you using the same pen.

Individuals sometimes prepare their own Will or do so by completing a Will Kit.  Oftentimes, in doing so, the legal requirements for the preparation and execution of Wills are not complied with.  As a result, the Will or document may be invalid, ineffective or, worse still, the validity of the document may need to be determined by the Supreme Court.  This issue usually only arises after the person is deceased, which makes ascertaining their true intentions all the more difficult.

The gentleman subsequently prepared a “document” in 2015, after he was admitted to hospital.  This document did not include the clauses which would ordinarily be included in a Will, including a ‘revocation clause’ which has the effect of revoking any previous Wills.  The gentleman’s signature on the document was also witnessed by only one witness, contrary to the legal requirement for two witnesses to be present.

Following the gentleman’s death, an Application was made to ‘prove’ the 2015 document as the gentleman’s last Will, but because the document did not comply with the legal requirements, the matter had to be determined by the Supreme Court.  Amongst other things, the Court needed to be satisfied that the gentleman possessed testamentary capacity when he signed the document and he intended the document to revoke his previous Will and become his new Will.

Ultimately, the Court determined that the 2015 document constituted the gentleman’s final Will, but it was a lengthy, complex and likely expensive exercise to reach that determination.  The lesson from this case is that it is crucial to ensure that the legal requirements for the preparation and execution of a Will are met, to avoid the need for the Supreme Court to determine the validity of such documents after death.

At Coulter Roache, we pride ourselves on providing bespoke and comprehensive advice with respect to your estate planning and we will ensure your Will is both legally compliant and effective so that your loved ones are not left having to face the uncertainty and expense of an application to the Supreme Court after your death.

If you require advice or further information in relation to any of the matters discussed in this article, please contact our Wills, Estates and Succession Planning team on 03 5273 5203.

Ready to take the next step?

Get started now with our no obligation secure online Wills and Powers of Attorney preparation tool. 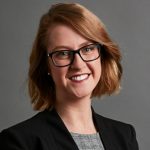 The 2018 Federal Budget was handed down by the Treasurer Scott Morrison on 8 May 2018. One of the areas addressed in the Budget...

On 12 March 2018, the new Medical Treatment Planning and Decisions Act 2016 came into force. The legislation is designed to provide us with...

Wills, Estates & Succession Planning 12 April 2017 Snapshot: What is a Binding Death Benefit Nomination and why should I have one?

Young people I speak to often scoff at the thought that they need a Will, and when I tell them that their largest asset...